Each Kingdom Requires a Lord – Whose will REIGN???

Each Kingdom Requires a Lord – Whose will REIGN? 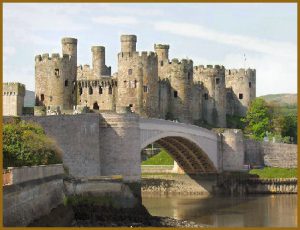 Each Kingdom Requires a Lord – Whose Will Reign? – OnePeterFive

A few pages of Jesus of Nazareth: From the Baptism in the Jordan to the Transfiguration, by Pope Benedict XVI, has highlighted for me some troubling trends in the Church. He sifts carefully through Catholic thought as it differed historically from extra-ecclesial trajectories, but what must concern today’s reader is that many influential leaders in the Church have accepted non-Catholic premises in their views of the world.

In his explanation of the Kingdom that Jesus preached, Benedict reminds us that Origen had two basic thoughts on the topic. First was that Jesus himself is the “autobasileia, that is the Kingdom in person … the Kingdom is not a thing, it is not a geographical dominion like worldly kingdoms” (p. 49). In this way, those who come to know Christ Jesus come to know God who dwells among them, and who wishes his divine will to prevail.

Origen didn’t stop there, though. He insisted that not only does God dwell with his creatures, but He dwells in them. In a mystical way, it is understood that “man’s interiority [is] the essential location of the Kingdom of God”. And Benedict quotes from Origen’s On Prayer:

“Those who pray for the coming of the Kingdom of God pray without any doubt for the Kingdom of God that they contain in themselves, and they pray that this Kingdom might bear fruit and attain its fullness. For every holy man it is God who reigns … So if we want God to reign in us, then sin must not be allowed in any way to reign in our mortal body … Then let God stroll at leisure in us as in a spiritual paradise and rule in us alone with his Christ” (p. 50).

The two images are not contradictory, but layered, so that Jesus is the kingdom, and Jesus is in the man of virtue, so as that man grasps the grace offered through the passion of Christ, he is both more Christlike and the garden where Christ can reign.

Subsequently, Benedict shows that traditionally there is a third image of the Kingdom, which is the Church:

To be sure, neither the interpretation in terms of man’s interiority nor the connection with Christ ever completely disappeared from sight. But nineteenth- and early twentieth-century theology did tend to speak of the Church as the Kingdom of God on earth; the Church was regarded as the actual presence of the Kingdom within history (p. 50).

Then Benedict explains that the Enlightenment sparked specific trends that proved antithetical to this traditional understanding. There was the radical individualism championed by Adolf von Harnack, and the corollary belief that morality was more important than ritual. Others preferred to see the kingdom in more communitarian terms, pitting ethics against sheer grace, and all of these efforts were upended by Albert Schweitzer’s book, Jesus’ Proclamation of the Kingdom of God. His thesis was still tied firmly to the notion of God and the saving work of Christ, but it was far more eschatological in the sense that it was “a proclamation of the imminent end of the world, of the inbreaking of a new world where, as the term kingdom suggests, God would reign” (p. 52).

Surely the trauma of the First World War led many believers to wonder what place such massive blood-letting among Christians meant in the unfolding of world history, but the accompanying trains of thought went wildly off-course from that point.

Since that time, a secularist reinterpretation of the idea of the Kingdom has gained considerable ground, particularly, though not exclusively, in Catholic theology. This reinterpretation propounds a new view of Christianity, religions, and history in general, and it claims that such radical refashioning will enable people to reappropriate Jesus’ supposed message (p. 53).

Previous shifts of emphasis were not nearly as dangerous theologically as that final lie, which carries the sympathetic soul from a generic theocentrism to regnocentrism without God. And yet that is where we are today in much of the world, ‘where peace, justice, and respect for creation are the dominant values” (p. 54). How many times have we bit our tongues not to “proselytise” (the name of Jesus being so “divisive,” or the boundaries of the Church appearing so threatening)? Benedict acknowledges the temptation:

This sounds good; it seems like a way of finally enabling the whole world to appropriate Jesus’ message, but without requiring missionary evangelisation of other religions. It looks as if now, at long last, Jesus’ works have gained some practical content, because the establishment of the “Kingdom” has become a common task and is drawing nigh (p. 54).

But Benedict ultimately decries this utopian approach which removes God from the mission. The politicisation of the kingdom has marginalised religion, which already must genuflect to the state in so many settings. “This post-Christian vision of faith and religion is disturbingly close to Jesus’ third temptation [in the desert]” (p. 55).

We must keep this in mind as we consider how we approach all government promises in the near future. We see clearly the dangers of hoping that “princes” will advance our pet causes, for those power-brokers can turn on a dime and leave the Christian empty-handed. We must also recognise the dangers of ecumenical endeavors that rejoice in works that are mute about the faith that motivates them. We’ve attempted to baptise so much in the name of tolerance and compassion that we run the risk of losing the meaning of the very names in which we baptise.

When Jesus speaks of the Kingdom of God, he is quite simply proclaiming God, and proclaiming him to be the living God, who is able to act concretely in the world and in history and is even now so acting. He is telling us: “God exists” and “God is really God,” which means that he holds in his hands the threads of the world … “Kingdom of God” is therefore an inadequate translation. It would be better to speak of God’s being Lord, of his lordship (pp. 56-57).

In an upside world where androgyny is to be preferred to man and woman, and “toxic masculinity” is thought to be at the heart of all our woes, we would do well to remember that Lordship has its place–both in the Son of God and those particularly called to live in persona Christi. Kingship carries within it many layered meanings, but primarily the understanding that hierarchy is preferred to mob rule, that sin corrodes the community, and a material kingdom is not what we seek. We cannot allow either the language to be diluted or the mission to be derailed, for Christ must be Lord, now and forever. Amen!

Permanent link to this article: https://www.bookofheaven.net/2016/07/08/each-kingdom-requires-a-lord-whose-will-reign/