Advent and the Divine Will

Tears of Our Lady Chaplet 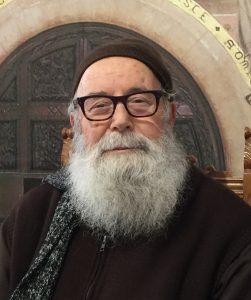 Father Bernardino Giuseppe Bucci was born in Corato on 15 June 1935.   In 1955, he entered the Novitiate of the Capuchin Friars at Alessano, in the Province of Lecce and completed his philosophical studies at the Studentate in Scorrano. On 14 March 1964, in the Capuchin church of Triggiano, he was ordained a priest by Archbishop Nicodemo of Bari.  He celebrates his 55th Anniversary today.

Permanent link to this article: https://www.bookofheaven.net/2019/03/14/happy-55th-anniversary-padre-bucci/