Our Lady of the Rosary

“See you again in the Kingdom!”

May he rest in Peace…Amen.

Father Bernardino Giuseppe Bucci was born in Corato on 15 June 1935.

In 1955, he entered the Novitiate of the Capuchin Friars at Alessano, in the Province of Lecce and completed his philosophical studies at the Studentate in Scorrano. On 14 March 1964, in the Capuchin church of Triggiano, he was ordained a priest by Archbishop Nicodemo of Bari.

He was sent to the International College in Rome to specialize in Missionary Theology. When he returned to his Province, he was appointed Spiritual Director of the Seraphic Seminary of Scorrano. He studied for a licentiate and a doctorate, taking the course at the Ecumenical Faculty of St. Nicholas of Bari; where at the same time, in 1972, he acquired a degree in Literature. 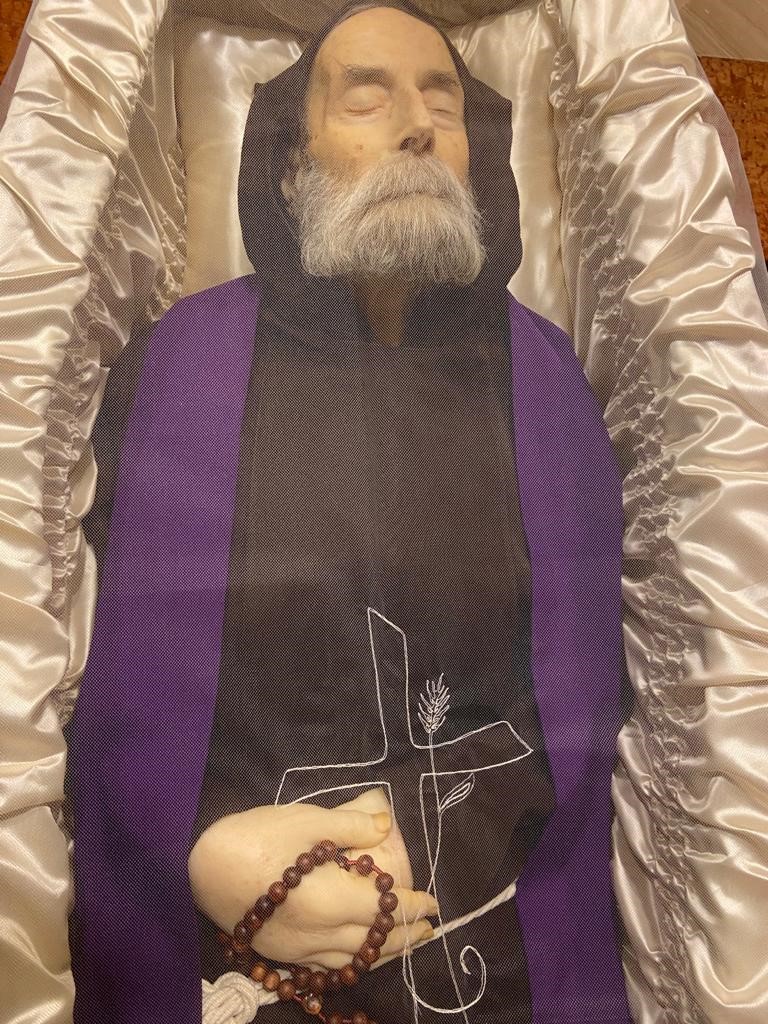 GREATEST GLORY PADRE BUCCI CAN RECEIVE FROM THE EARTH

Fr.Bucci left us for heaven on Friday July 17th at 10:00am Italy time.

Permanent link to this article: https://www.bookofheaven.net/2020/07/18/our-spiritual-father-padre-bernardino-guiseppe-bucci-rest-in-peace/